Christine V. Williams is a Fellow of the American Bar Foundation, a former adjunct law professor at Seattle University School of Law’s Alaska Campus. She is widely recognized for her expertise in the Government Contracting field and speaks nationally several times a year on the subject. Christine has admission to a diversity of courts, including various federal circuit courts of appeals, as well as the U.S. Supreme Court, where she has written successful briefs. Christine is recognized for the past five years as one of the top 5 percent of lawyers in the Nation for Government Contracting by the Best Lawyers in America, a peer reviewed and distinguished honor among the nation’s lawyers.  Christine was appointed to the SBA’s National Regulatory Fairness Board, where she serves the interests of small business.

Christine concentrates her practice on Government Contracting from counseling on qualifications and administration to disputes and companies in crisis. She is often involved in sensitive internal investigations and frequently interacts with Government agencies when a company faces a tough situation.

She represents clients in defending against federal investigations, including investigations/reports by the Office of the Inspector General, the Department of Justice, and the GAO. Despite having a national practice, as a born and raised Alaskan, she understands unique challenges that may be faced by companies when it comes to Government Contracting on a national or local basis. She represents Alaska Native Corporations as well as Tribal entities on various corporate or sovereign matters. Christine also represents Service Disabled Veterans’ Small Business, HUBZone businesses, Women Owned Small Businesses, and has a strong government contracting practice for companies performing outside of the SBA Programs. She is well known for her ability to articulate complex regulations into practical terms for all businesses.

Christine’s government contracts work involves complex litigation against the government and/or subcontractors, administration of government contracts, initiating and defending against bid protests, and dispute resolution. She also counsels companies on the procurement and administration of government contracts across all agencies. She has especially deep experience in the SBA and Section 8(a) Programs. Prior to Outlook Law, Christine was vice president and general counsel for a large Alaska Native Regional Corporation. She was also partner with Davis Wright Tremaine, Perkins Coie, both international law firms, and a senior attorney at Patton Boggs.

During her tenure at nationally and internationally recognized firms, Christine practiced with the government contracting and/or construction groups with a secondary focus on white collar for businesses. This breadth and depth of experience has served her clients well, including her Alaska Native Corporation clients, who perform on government contracts throughout the U.S. and globally for a variety of agencies.

Christine is the past president of the Anchorage Association of Women Lawyers. She was appointed by the Alaska Supreme Court to serve on the Court’s Fairness, Diversity, and Equality Committee. Christine is founder and Chair of the Ethics and Compliance Section of the Alaska Bar Association. 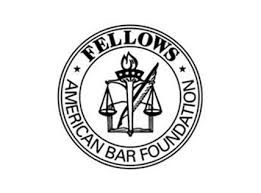