A Tale of Two Protests: Itemized SBA JV Agreements and Dependence on a Large Business Determination Not Upheld 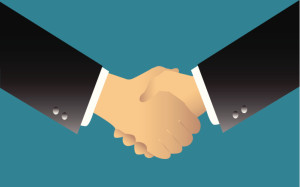 Recently, two Small Business cases that came out that are notable.  Both protests affect Small Business Administration interpretation and application of affiliation rules.  The first protest defeated a joint venture agreement between a mentor and a protégé because it was not specific enough, and the second one found that a small business owned by ANC was not dependent on a large business even though, by a strict reading of the affiliation test, it could have been found affiliated.  The second case seems to have a couple of layers of potential applications, which will be discussed in detail below, but could also apply to the primary/secondary NAICS code change in the proposed new regulations as well as the straight economic dependence proposed rule.

The Court of Federal Claims Upholds an Office of Hearing and Appeals (SBA Adjudication/Appeals Process) Finding That a Business Was Other than Small Based on a Deficient Joint Venture Agreement Between a Mentor and a Protégé.

Practice Pointer:  It is clear from this case that the itemization of costs, materials, facilities, and equipment is required to comply with the applicable JV regulations for any procurement—even those that fall under a mentor protégé agreement.  This particular JV agreement was so sparse, according to OHA and the COFC, that even for an ID/IQ contract, which can be a bit nebulous in determining what is required beforehand, parties to the JV must supply as much information as they can and is required by the regulations, or face a successful protest.

The SBA’s Office of Hearing and Appeals Grants a Little Leniency to a Start-Up Small Business Owned by an Alaska Native Corporation.

Points to Ponder:  The 70% rule of revenue for economic dependence is going to codification in the proposed new regulations.  It will be interesting to see how this develops with the existing case law.  I would hazard a guess that OHA would continue to apply its case law reasoning to the new regulation.  More importantly, I would hope that this is the type of rebuttable presumption that the SBA considers when and if it moves a secondary NAICS Code into a primary position under the proposed regulations.  In short, if a company can demonstrate that it has been trying to win work in its primary code and diversify its revenue stream from the majority of the revenue coming in from a secondary code, the SBA should be strongly considering those efforts and be slow to move those codes.