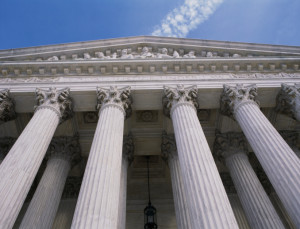 The Supreme Court denied certification, or refused to hear and reverse, the DC Circuit Court of Appeals’ decision on the ban that prohibits individual federal government contractors from making political contributions. The law, enacted in 1940, was enacted to combat bribery or quid pro quo contributions to Congresspeople. The contractors who brought the suit on the grounds it singled out that particular group and argued it unfairly targeted them while the Federal Elections Committee (“FEC”) argued it was still necessary. The DC Circ. held in favor of the FEC and the Supreme Court refused to hear it, so the ban is still in place.