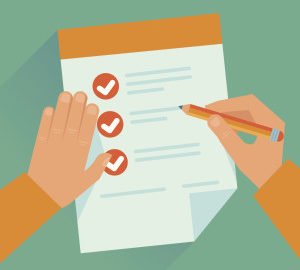 As you know, the False Claims Act suit is brought against a contractor (whether through a whistleblower/relator or by the government alone) and carries very heavy civil and potentially criminal penalties. Since the grounding of the FCA is in federal law, federal circuits may impose different standards (many states have a complimentary state false claims act).

Schindler Elevator Corporation had been fighting a decade long FCA case which had risen from the 2nd Circuit to the U.S. Supreme Court back to the trial court.  The first issue that went up on appeal was whether some FOIA documents were considered an original source (a necessary prerequisite for a whistleblower brought FCA claim).  The FOIA docs were found not to be original source documents—thereby removing some teeth from the suit by removing certain documents.  Now, the court has decided that the reports of veteran’s hiring were not falsified and, even if they were, the FCA is not the proper mechanism for compliance when such reports can be corrected.

Heath, the relator/whistleblower, are arguing whether a stay is appropriate in the D.C. Circuit court of appeals of a FCA case while the cert to the US Supreme Court is in play, which would decide the standard of a first to file (another prerequisite to bringing a relator FCA claim).  Currently, there is a circuit split on the standard and nuances of the first to file (with the D.C. Circuit Court of Appeals finding a nuance of materially in the substance of the suit and cleared the suit to proceed).

SBA OHA affirms late dismissal of size protest.  Under SBA regulations, a size protest must be brought within 5 days (and there are cautionary tales within those five days).  Relying on GAO protest rules (note-minus the CICA stay time), the protestor alleged it had ten days to bring the protest.  OHA rejected that argument pointing out that the FAR part refers the reader to specific OHA rules governing the timing of size protests.  Practice Pointer: Know your jurisdiction and procedures cold.  Even if the ten day timing were observed, the Competition in Contracting Act stay of award may not have been in play because that deadline would have been missed.