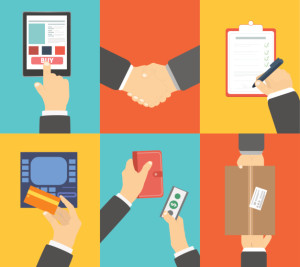 This brief article hits the high points of the proposed regulations changes issued by the SBA on Feb. 5, 2015, and addresses what many companies would consider the most substantive changes to date. Notably, other articles have covered the mentor protégé proposed changes, allowing for other than 8(a) firms to be a part of that type of program, as well as different takes on the proposed certification and penalties. Those are not addressed in depth here.

The SBA is proposing to amend its regulations to implement provisions of the Small Business Jobs Act of 2010 and the National Defense Authorization Act for fiscal year 2013. The proposed rules would establish a government-wide mentor protégé program for all small business concerns, which are to be consistent with the SBA’s 8(a) Program, while, at the same time, making changes to the 8(a) Program. The SBA re-enunciates that the explicit purpose of the mentor protégé relationship is to enhance the capabilities of protégés and to improve their ability to successfully compete for both government and commercial contracts.

The proposed rules would also allow the SBA to change the primary industry NAICS Code contained in a participant’s business plan where the greatest portion of the participant’s total revenues during a three-year period have evolved from one NAICS Code to another. In short, the SBA would evaluate from which NAICS Code the greatest portion of the firm’s revenue was derived for the last three years (assuming averaging it) and then allow the SBA to make the determination of which NAICS Code is the “actual” primary NAICS Code based on that revenue generation. The firm would receive notice before the SBA changed the NAICS Code. There may be an impact to the sister subsidiaries if a sister subsidiary is already operating, in that the NAICS Code that just had an “actual” NAICS Code determination and movement by the SBA in that one participant may be eliminated from the Program.

Joint ventures may only be unpopulated for separate legal entities

Board members and/or tribal leaders may control holding company overseeing several tribally owned or ANC owned companies, provided they do not actually control the day-to-day management of more than two current 8(a) Program participant firms.

Business development may include both services that could be considered common administrative services under the exception and those that could not. Efforts of the holding company or parent level to identify possible procurement opportunities for specific subsidiary companies may properly be considered common administrative services. However, at some point the opportunity identified by the holding companies or parent entities’ business development efforts becomes concrete enough to assign to a subsidiary in that point the subsidiary must be involved in the business development efforts for such opportunity.

This does not mean to imply that one or more representatives of a holding company or parent entity cannot be involved in preparing an offer. They may be involved in assisting with repairing the generic part of an offer, but the specific subsidiary that intends to ultimately perform the contract must control the technical and contract specific portions of preparing an offer. Additionally, once award is made, employee assignments and the logistics for contract performance must be controlled by specific subsidiary company and should not be performed at a holding company or parent entity level.