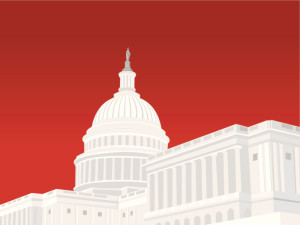 On Friday, the U.S. House of Representatives passed H.R. 1735, the National Defense Authorization Act (NDAA) for Fiscal Year (FY) 2016. Congressman Young’s amendment would replace Section 811 of the FY 2010, which introduced the requirement that all sole source awards to Alaska Native Corporations (“ANCs”), among others, must have an approved Justification and Approval Memorandum (“J&A”) for sole source awards over $20 million, which had a large impact on some ANCs. The J&A memorandum was subject to some GAO scrutiny, which found most contracting officers were filling out justifications for sole source awards over $20 million under a different act, the Competition in Contracting Act (“CICA”). The GAO criticized this approach and some have speculated that criticism slowed or stopped contracting officers from filling out any memorandums. Congressman’s Young amendment would eliminate the separate J&A process and allow contracting officers to fill out a much more familiar justification under CICA. This has the potential to even the playing field for certain groups that were, some say, “targeted” by the separate J&A process.

The Senate Armed Services Committee completed its consideration Thursday and its report will likely be out next week and then the bill goes on to the full Senate.