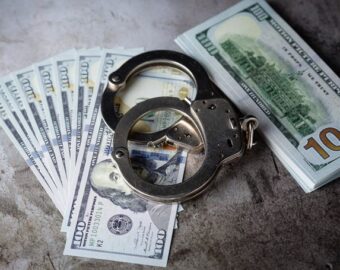 Kimberley Rimsza of Phoenix, Arizona, has agreed to pay an additional $100,000 as an individual civil penalty for her conduct in connection with the scheme.  The settlement constitutes the largest-ever False Claims Act recovery based on allegations of small business contracting fraud.

Using set-asides for service-disabled, veteran-owned small business (SDVOSB), which is reserved for small businesses owned, controlled, and operated by veterans of the United States military who incurred a disability in the course of their military service to the United States, the TriMark admitted that TriMark Gill Marketing identified federal set-aside contract opportunities for the small businesses to bid on using their set-aside status; instructed them regarding how to prepare their bids and what prices to propose; and “ghostwrote” emails for those companies to send to government officials to make it appear as though the small businesses were performing work that TriMark Gill Marketing was performing.  TriMark and Rimsza further admitted that one of the small businesses expressed concern more than a decade ago that their business arrangement violated the law and would subject both companies to liability under the False Claims Act, after which a TriMark Gill Marketing employee responded that she had spoken with Rimsza about the concerns, and told the individual to “calm down and enjoy your weekend.”  NOT a good answer.

“TriMark and one of its former top executives are paying a steep price for obtaining contracts intended for service-disabled veterans,” said United States Attorney Freedman. “This settlement demonstrates the federal government’s commitment to ensuring the integrity of its business partners, and the serious consequences for depriving legitimate small businesses of the opportunities that the government has allocated to them.”