The GAO and the Rule of Two 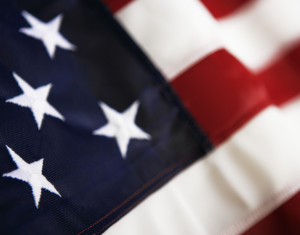 This seems to be an active couple of weeks regarding government contracting as well as SBA matters.  This update will very briefly cover a protest regarding the rule of two within multiple award contracts; the Army not delaying an award to accommodate an 8(a) Eligibility Review; and the Supreme Court pulling from its docket the Veteran contracting case-instructing the lawyers to brief whether the issue is moot.

A General Services Administration (GSA) solicitation was issued via the e-Buy portal in accordance with the Federal Supply Schedule (FSS) procedures in the Federal Acquisition Regulation (FAR), according to the Government Accountability Office (GAO).  It was not set aside for small business and was protested on the basis that there were multiple small businesses who were capable of providing the desired item.  (The Small Business Act has a provision that any item greater than $2,500 but not greater than $100,000 shall be reserved exclusively for small businesses unless the contracting officer is unable to obtain offers from two or more cannot reasonably be expected. This is informally known as one application of the Rule of Two.)

On Wednesday, the Supreme Court pulled Kingdomware Tech v. US, from its docket asking the parties to brief whether or not the case was no longer a live controversy (had gone moot) because the contracts at issue had been performed.  As you may recall, this case centered around the word “shall” from a 2006 statute that stated the Veteran’s Administration (VA) shall give preference to Veteran owned businesses.  (Yes, we argue about the word shall to this day.) In a nutshell, the controversy how much discretion the VA had in setting aside contracts for Veteran’s owned business.  Again, the Rule of Twopopped up with Kingdomware arguing the only thing the VA had to do was ensure two Veteran owned contractors were able to perform the job before setting it aside for those contractors.  If the court decides it is still live based on the briefing, it will schedule oral argument.  If not, the issue will likely go away until the controversy arises again.

The GAO will not review substantive SBA determination regarding 8(a) eligibility for a particular award, but will entertain a protest allegation that regulations have been violated or misapplied in the making of such a determination (p.1).  According to the GAO, when reviewing such under those standards, it found that an agency is not required to stay the award of a contract to permit the SBA to complete its review of a proposed 8(a) JV pursuant to 13 CFR 124.513(e)(1).

The 8(a) JV was determined to have presented the best value on the contract.  The agency then submitted a letter to the SBA district office with notification of that determination and requesting verification of eligibility/status.  The district office misinterpreted the request and gave the agency information on how a contract should be offered to the SBA.  The agency called, clarified, and the district office subsequently notified the agency the JV was not an approved 8(a) JV and not eligible because the SBA had not received a complete JV application (the SBA is supposed to do this within five days, but went a little quicker than the five days in finding the package was not complete.  SBA also has a proposed rule that a JV agreement can be submitted and approved earlier than when it is determined the 8(a) JV is on the short list for selection).

In short, the protestor alleges, the SBA declared ineligibility too quickly and without full information and this can be especially damaging to new JVs, where more verification is required but the SBA will generally not commence review until it is the apparent successful offeror or on short list.  GAO found that there is no requirement that the agency stay an award pending SBA review of eligibility with the agency arguing that contracts cannot be “held hostage” pending eligibility review by the SBA.