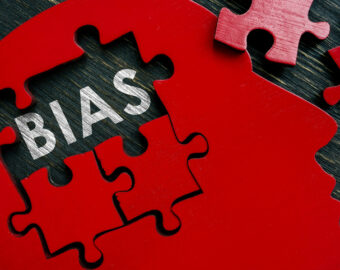 Bias interrupters, such as Outlook Law, LLC, recognize explicit and implicit bias-in what the American Bar Association calls Prove it Again (PIA) syndrome—applied to having to overachieve (again) as a female attorney or an attorney of color—and receiving clear messages that the person does not fit within the notion of how the typical image of a lawyer appears.

Outlook Law was formed by a female attorney, Christine V. Williams, who was a partner in international law firms and practiced in male-dominated fields in which the value of diversity could not overcome institutional and often unrecognized bias.  Christine is a Fellow of the American Bar Association, as well as being nationally ranked by her peers as one of the best in the legal profession.  She is a former adjunct law professor and has seen bias towards females and minority groups her entire career.

When she founded Outlook Law, it was different by nature.  Known for its expertise, developed with practice and in response to having to prove beyond what was expected, as well as serving diverse clients, the firm learned and took a different approach.

Talent, unimpeded by institutional bias, rose to the top.  While COVID-19 hit other law firms, Outlook Law, had already adjusted to diverse schedules to attract and keep talent—and the firm kept working without taking aim at the most vulnerable groups working.

As studies begin to emerge confirming that female gender and diversity groups were some of the hardest hit on the work front due to COVID-19, and the impact fell disproportionately on those groups–Outlook Law picked up talent.

Diversity at Outlook Law was easier to achieve because there are no barriers to overcome and the law firm recognized the system in which such barriers could be put in place.  There were no glass ceilings embedded for years that were studiously guarded.  No systemic discriminatory payrates.  Talent rose to the top with no systematic barriers  put in place—as the Bar Association calls it—for the same pay.  Outlook Law interrupts bias and promotes talent and its top-notch work reflects that fact.